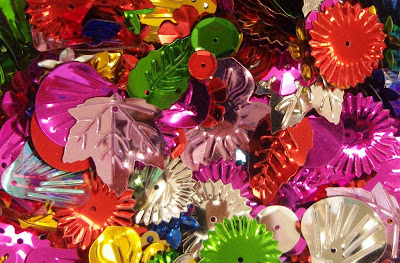 The district in which I work has plans to install SMART Boards (interactive whiteboards or IWBs) in each classroom by the next school year. A few chosen teachers were assigned portable or stationary units in September and are currently using them for instruction.

For a small rural district, these units represent a significant monetary commitment, in both initial outlay and maintenance costs. Some of the first Smart Boards were obtained through grant money; the others will probably be funded by the New York State EXCEL aid program.

Are IWBs worth the investment?

A 2007 study from the University of London listed some negatives:
The most troubling criticism was that"only around 1 in 15 of the teachers studied had received any form of training or professional development in the use of the technology which is considered by commentators as a key factor in the deployment of anything intended to impact teaching and learning." -Wikipedia entry on IWBs.

Another study, from the DCSF Primary Schools Whiteboard Expansion project (PSWE), found that "average and high attaining boys and girls who had been taught extensively with the interactive whiteboard" made consistent gains in math, science and English. It was noted, however, that "the more experience the teacher has of using the interactive whiteboard, the greater the likelihood of positive attainment gains for pupils."

Scott Meech asked on Classroom 2.0 "Are "Interactive White Boards" transformative to your teaching and/or classroom? We are looking for feedback on whether they are worth the money. Do you really get your bang for your buck?" The discussion on his blog has been lively and thought-provoking.

I have seen IWBs used successfully in high school math classes. I've also seen them used as screens for movies.

Are IWBs worth their steep price tag, or are they "shiny things" that look impressive but fail to deliver on their promise?
Posted by diane at 6:04 PM

I think IWB are really expensive and I think the info you've unearthed is really interesting. A few years back I was offered one of these but I declined because after reading up on them, I felt my overhead projector and wifi gyration mouse (plus the gyro tools software) allowed me to do about 90% of what the IWB could do. Now, I'm sure that's changed, but at the time my air mouse cost me only 90 bucks. I've used a IWB a few times in presentations but everytime I use it, I think, why didn't I just bring in my gyro mouse. It came with software that allows me to draw on the screen plus lots more. Perhaps these have been so widely accepted because they become a type of status symbol or a representation of cutting edge technology. But you're so correct -- just because someone gets one, doesn't mean skills and scores go up. It's all very dependent on the teacher and willingness to use the tool.

Nice blog post and good points to ponder ... Here are some other things to consider:

Here is a link to a discussion of a presentation by Marzano and his take on Interactive Whiteboards: http://iwbrevolution.ning.com/forum/topics/robert-marzano-and-interactive

I had started a conversation ‘Are "Interactive White Boards" transformative to your teaching and/or classroom?’ on Classroom 2.0’ website. As we move forward with our discussion on whether or not to purchase these devices, you might find the discussion interesting. Here is the link: http://www.classroom20.com/xn/detail/649749:Comment:293763

Here is a link to a huge discussion on Promethean vs. Smart: http://www.classroom20.com/forum/topics/smartboard-or-promethean?

In my Current Events class, an LCD projector is the only tool I require, in addition to computers for the students.

The teachers in our district who do use the SMART Boards like them but have little time to explore or develop their own units. Time and PD are what they need but get so little of.

I'd also be concerned that if I had an IWB, I'd be expected to use it all day, every day, whether or not it were the appropriate tool for my lessons.

I loved the discussion on your blog (and linked to it in my posting).

Thanks for adding even more resources for us to examine.

I personally don't think they are worth the money. Realize that I am a tech person. I used to be a Microsoft consultant. But I feel that I get 75% of the same feel (25% would be what I consider to be bells and whistles) by projecting onto a whiteboard. I feel frustrated that our district has invested in these instead of buying enough textbooks so that each student can have one.

I would also find a project and student laptops more effective than an IWB.

I've read a lot of articles & blog posts about eliminating printed textbooks in favor of online resources. Do you believe this will ever happen?

I use an IWB in my classroom. There are times it is a valuable tool in my lessons, but I would not give up the some of the tried and true manipulatives that I have used with my students. I think it is important to have the proper mix. I would love more time and training to explore the different things I can do with the board. It is important to remember it is a tool to enhance learning in the classroom and not a tool to take the place of the student learning and interaction.

To be truthful, I have had a smart board, computers, digital cameras, and web cams in my room for years. The one piece of equipment that I could live without is the smart board (not the projector, it is very valuable).

The problem I have with the smart board is it is only interactive with one or possibly two students at a time. The money that pays for the board could buy as many as 5 computers. Much more interactivity for the same price. Kids don't want to watch others make content. They want to make their own!

Sorry to be so long in getting back to you.

I agree with your point - the SmartBoards can only provide hands on activity for a limited number of students at one time. Taking turns isn't quite the same thing. It might be useful as a "station" but quite a pricey one!