Our Lady of the Angels 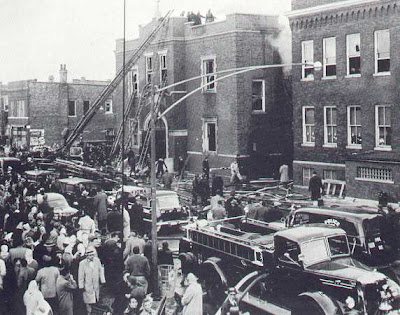 On December 1, 1958, students at Our Lady of the Angels School heard a fire alarm ring. Just hours later, the brick schoolhouse was a smoldering ruin. 92 students and 3 nuns lost their lives in a blaze fueled by varnished wooden floors and asphalt tile. The single fire escape was locked, the school alarm was not connected to the Chicago Fire Department's system.

I was in elementary school in upstate New York at the time this tragedy occurred. The news photos and eye-witness accounts were heartbreaking; many children, myself included, had nightmares about burning buildings and death by fire for months afterward.

The nation responded by reforming school building and safety codes. My own district began holding fire drills with grim regularity. 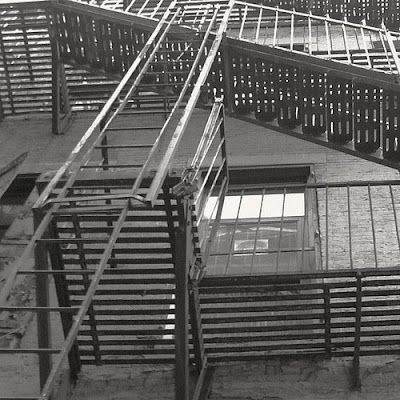 Today's students benefit from the standards established after the tragedy at Our Lady of the Angels School. It is a sad legacy from the children and teachers who died a half century ago.

Fire at "Our Lady of the Angels" from School Fires
"fire escape" by scott witt
Posted by diane at 6:33 PM

Labels: fire, Our Lady of the Angels, school safety

Man, that's a really sad story. And it brings home the seriousness of the fires at my school last week. Thanks for sharing that!

I wasn't even thinking about your school - sobering thought.

This tragedy made a deep impression on me as a child. I never forgot the name of the school and I still remember clattering down the steel fire escape at our own small, brick, parochial school during fire drills in the late 50s and early 60s.