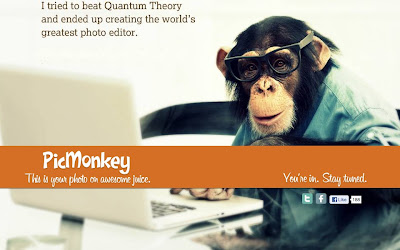 I just got the following comment on a prior posting, Captured Forever:

My name's Jenn. I work with a team of former Picnikers. Thanks for spreading the Picnik love! I just wanted to give you a heads up about PicMonkey, it's an exciting new photo editor that's sure to fill the hole Picnik is leaving in your heart.We're taking what we learned by building Picnik and making PicMonkey even better!

Sign up at www.PicMonkey.com and we'll keep you posted on launching. And shoot me an email if you have questions!

Don't know about you, but I have my fingers crossed that PicMonkey can deliver!


Image captured from PicMonkey
Posted by diane at 6:36 PM No comments:

The link to this graphic was sent to me by Sarah Fudin, of USC Rossier Online. I'm happy to share it here and to add an endorsement for both “March into Literacy” Month, and its sponsor, Toys for Tots Literacy Program. (I have no ties to either the university or to Toys for Tots).

As a librarian, bibliophile, mother, and now, a prospective grandmother, I celebrate reading and its importance in the development of children. Make time to share these and other stories, both written and oral, with younger generations. It's the gift of a lifetime.

Via MAT@USC: Become a Teacher

NOTE:
I would certainly not have included the Twilight series as a "children's classic."
What would you add or delete?
Posted by diane at 3:48 PM No comments: 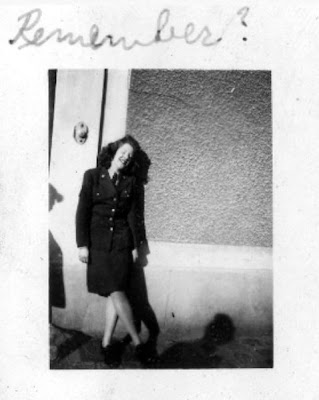 In about a month, my favorite editing site, Picnik, is shutting down operations. This has spurred me to action on two fronts.

"Picnik is closing on April 19, 2012. That means that after that date, you will no longer be able to edit your Flickr photos in Picnik. But don't worry! We already have plans in the works to make sure you're still able to edit your photos on Flickr. We'll post more about the new and exciting editing options on the blog when they are fully baked."

One of the benefits of Picnik, in addition to its array of tools and effects, is the fact that it links directly to Flickr, eliminating a few steps in the editing process. While the following sites don't have that option, they might match, or (in the case of Aviary, in particular) even exceed, Picnik's capabilities:

Photo Archiving
With Picnik disappearing from my life, and mindful of horror stories about deleted Flickr accounts, I've also been considering digital curation options:
Photography is an integral part of my daily life, but it's not only my own photos that I wish to preserve. I've been photographing, scanning and uploading images of family artifacts, including my parents' World War II photos (my mother's snapshot of King George VI and the royal family has been viewed more than 2100 times!), my maternal ancestors, family gatherings, even heirloom jewelry. These are not just static images: these are the stories of our lives.

I hope that Flickr will continue to survive and thrive, and that there will eventually be another site that mirrors the ease and flexibility of Picnik. But I'm not willing to risk my photographs on wishes and desires.

“Photography is a way of feeling, of touching, of loving. What you have caught on film is captured forever... it remembers little things, long after you have forgotten everything.” -Aaron Siskind
"She glances at the photo, and the pilot light of memory flickers in her eyes." -Frank Deford