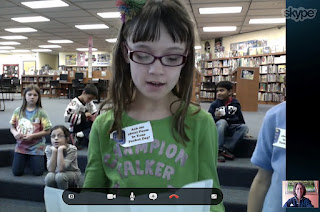 Today is Poem in Your Pocket Day, a celebration sponsored by the Academy of American Poets as part of National Poetry Month. Since I no longer have classes of my own, Illinois elementary librarian John Schumacher was kind enough to invite me to Skype with a group of his second graders.

The students formally welcomed me, listened to the poem I had selected, then shared some of their own favorites. Each child was engaged, enthusiastic. It was evident that a lot of care went into the preparations for this activity. Other age groups Skyped with classrooms in Iowa, Michigan, Maine, Georgia, and Massachusetts.

It seems like an effective way to enjoy poetry, nurture reading fluency skills, and connect with new friends in far-flung places.

The poem I chose to carry in my pocket is "If I Had Wings" by Pie Corbett: 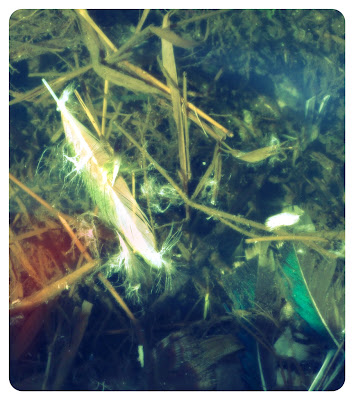 "If I Had Wings" by dmcordell 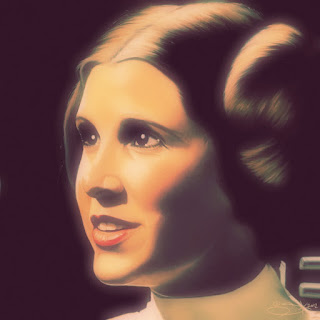 Almost thirty-five years ago, my husband and I were captivated by the first of the Star Wars movies, now called Star Wars Episode IV: A New Hope.

Princess Leia Organa, one of the main protagonists in the original Star Wars trilogy, is capable, strong, has a dry sense of humor, and doesn't back off from challenges. She trained as a Jedi warrior and fights with the Rebel Alliance to defeat the evil Galactic Empire.

Yesterday, my daughter and I went to see the film version of The Hunger Games. Both of us had read Collins' trilogy, and agreed that the screen adaptation was reasonably faithful to the original book.

Hunger Games' Katniss Everdeen hunts to provide food for her family.  When she voluntarily takes her younger sister's place as the female Tribute from District 12, Katniss' skill with a bow might be her only chance to survive the games. Despite the savage nature of the competition, Katniss remains compassionate; she will ultimately become a symbol for inhabitants of all the districts, as they fight to free themselves from the oppressive rule of the distant, corrupt Capitol.

In 1977, I was pregnant with Ellen; she is now days away from giving birth to our granddaughter. Like all mothers, we dreamed of the children we would bear: intelligent, strong, caring daughters...someone like Leia or Katniss (and, yes, sons like Luke Skywalker or Peeta Mellark).

The baby got quite active during the climactic scenes of The Hunger Games. I'm going to take that as a good sign. 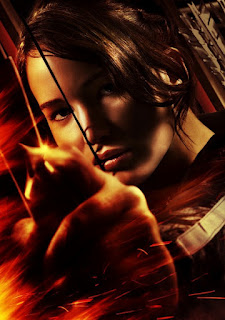 "Digital Painting: Princess Leia" by sk art
"The Hunger Games" by film_poster
Posted by diane at 10:07 AM No comments:

April is National Poetry Month, a celebration of verse initiated by the Academy of American Poets in 1996.

Last year, inspired by friend and professional colleague Buffy Hamilton, I created a SlideShare that linked poems and images, using both my own photographs and some found via a Creative Commons search.

In 2012, I challenged myself to use only images I had captured to illustrate the words of poets - and to provide one slide for each day of April. While the finished product may lack some of the visual impact of last year's effort, it provided me with even more personal satisfaction.

There are many ways to celebrate National Poetry Month in the library and classroom. April 26 is Poem in Your Pocket Day. Last year I Skyped with students in a number of states, sharing a favorite poem and listening to the children read their own choices.

This year, I've already read about an interesting Poem in Your Pocket Day activity from Cathy Jo Nelson: 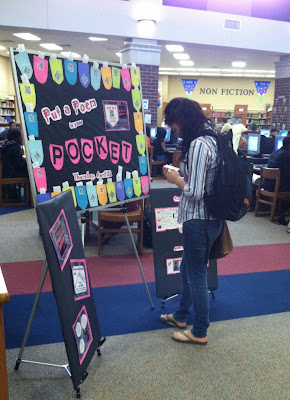 "All the 'pockets' have poems ready to be had, and the pockets also have a qr code to poems from poets.org so kids can save them to their smart-phones as an option."

...and I'm sure that John Schumacher and Shannon Miller, of Two Libraries, One Voice, will have some wonderful, interactive celebration planned, as they did last year.

Some useful resources for educators include
In her essay, Why We Should Read Poetry, Pulitzer Prize winning poet, Amy Lowell called poetry "the height and quintessence of emotion, of every sort of emotion" She concluded,

"We should read Poetry because only in that way can we know man in all his moods - in the most beautiful thoughts of his heart, in his farthest reaches of imagination in the tenderness of his love, in the nakedness and awe of his soul confronted with the terror and wonder of the Universe. Poetry and history are the textbooks to the heart of man, and poetry is at once the most intimate and the most enduring."

So share a poem, write a poem, illustrate a poem, memorize a poem, recite a poem. The possibilities are endless and rewarding.