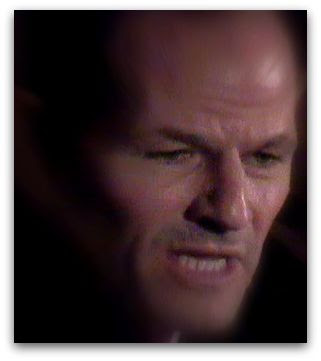 "From those to whom much is given, much is expected. I have been given much — the love of my family, the faith and trust of the people of New York, and the chance to lead this state. I am deeply sorry I did not live up to what was expected of me." -Eliot Spitzer, on resigning as Governor of New York State, March 12, 2008


My husband came home from work on Monday and remarked, "Well, another Democrat bit the dust!" When I told him I had no idea what he was talking about, he turned on his computer and showed me a video clip of our New York State Governor, Eliot Spitzer, tersely admitting,

I have disappointed and failed to live up to the standard I expected of myself. I must now dedicate some time to regain the trust of my family. I will report back to you in short order.

News networks were quick to fill in the details: the former state Attorney General, applauded for his "passionate pursuit of justice," the man Time magazine Time Magazine named “Crusader of the Year” in 2002, was involved in a prostitution scandal and under investigation by federal officials.

Obviously, this is a huge issue in the news. My morning paper detailed how local teachers were handling this "teachable moment." Since my high school Current Events class hadn't met since last Friday, I decided to see if the students brought up the subject themselves. The first boy in the room (it's an all male group) informed me that the Governor was scheduled to make a statement at 11:30 a.m. EDT, which is 20 minutes into our class. Out went the lesson plans; we talked about what had happened, put CNN live coverage up on the screen, and watched history unfold.

I asked the boys to write a reaction to either the entire situation or to the resignation statement itself. These are some of their responses:

I cannot allow my private failings to disrupt the people's work. Over the course of my public life I have insisted, I believe correctly, that people, regardless of their position or power, take responsibility for their conduct.

When he took office a little over a year ago, Eliot Spitzer proclaimed

In a Spitzer administration, the road to responsive and responsible government will begin on Day One. It is a promise based not on false hopes or foolish pride, but on a simple notion of government that has been lost amid the bickering and partisanship of the last few years: the idea that if we work to give everyone the same opportunity — that if we ensure everyone plays by the rules — there is no limit to what we can achieve as a people.

Eliot Spitzer was elected Governor of the State of New York in November of 2006: what was expected of him was integrity and justice.

The whole situation is unbelievable. Remember his inspiring commencement speech at our graduation from Marist? His professional handling of the protesters outside the once Catholic-affiliated college because of his pro-choice beliefs?

What people do in their private lives is their own business, but when you are a public figure, especially one of political power, you need to be more prudent with your choices. If this really went on for years adding up over tens of thousands of dollars, it is no longer a poor choice, it's an immoral lifestyle, and in my opinion, very hypocritical for a "reformist". I think he should have resigned immediately instead of holding on to the state as a potential bargaining chip.

That speech was one of the reasons why I voted for him for governor.

If Spitzer is not prosecuted for some, or all, of his crimes (and they WERE crimes, not personal moral lapses), we will be rightly be subject to international ridicule.

And if he really cared for his wife, he would not have allowed her to be publicly humiliated a second time by having her next to him on the podium while he resigned in disgrace.

I agree - and regardless of whether these crimes were committed by a governor, a celebrity, or a nobody off the street, the punishment for the crime should be the same. I hope disgracefully stepping down from office isn't "punishment enough."

The worst part is that it's his family that will be hurting most of all.