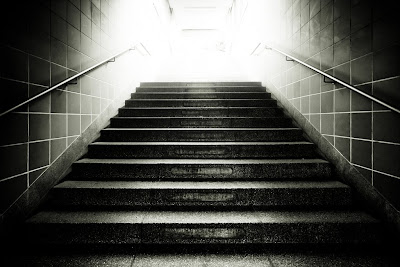 "Successful people are not superhuman. Success does not require a super-intellect. Nor is there anything mystical about success. And success isn't based on luck. Successful people are just ordinary folks who have developed belief in themselves and what they do." -David J. Schwartz


Last Friday, our high school held its annual induction ceremony for the National Honor Society. I was unable to attend, due to scheduling conflicts. Immediately after the assembly ended, though, I heard a first-hand account of the event from some very agitated teenagers.

Evidently, an administrator had pointed proudly to the new NHS members on the stage and said to the audience, "They are the future, the future leaders" (numerous sources have confirmed that this is an accurate quote). This left many of the unchosen ones feeling angry and insulted.

Rather than try to gloss over this situation, I asked that my students voice their criticisms, anonymously, in a Word Document, which I promised to share with the principal. Those who were inducted (4 of the 15 class members) added their opinions, once they returned from a celebratory reception.


The passion and maturity of these responses impressed me. My students appreciated having the chance to make their voices heard, and I appreciated their candor and eloquence.

What are your thoughts on the National Honor Society and awards assemblies? These young adults would like to know.


"Success is not a doorway, it's a staircase." -Dottie Walters

"Success in life comes not from holding a good hand, but in playing a poor hand well.” -Denis Waitley

I'll be interested to hear more about this situation because I've just been recruited to be the advisor for NHS at my new school.

I give a lot of credit to the students for speaking their minds about the situation. I think that the principal should have recognized all of the students as the future leaders of the community, but the students may have been overly sensitive too: the assembly was to recognize inductees.

Too bad the principal wasn't more inconclusive. "All of you at the assembly and on stage have the potential to be future leaders contributing to the good of society."

Great idea to allow your students to express how they felt in a structured way. There is no better motivator than to write with a purpose.

I was surprised to read that the induction was done at a school assembly. When I was inducted, it was in the evening - maybe everyone was invited but attendance certainly wasn't required. I think the principal was very insensitive to make that statement, especially in the presence of all the students that weren't accepted. It doesn't necessarily take a straight-A brain to be a leader, have a future, or make a difference in the world - just a big heart and desire to do your best.

That being said, I wouldn't suggest lowering the standards to get into the NHS, for that would take away the value and make it less of a valuable accomplishment. However, there should be more opportunities for recognition of those that try just as hard, if not harder, but just can't get the above average grades. But such is life. This is a good learning experience, as this won't be the first time in their life that they see people that may not work as hard as them or contribute as much as they do to the world get high recognition. I'm sure they will see similar situations at college, work, and elsewhere.

I agree that the assembly should be after school and optional--even for those getting recognized. My son's school does this, and one year he opted out of the recognition, calling it silly, and saying the only ones who care are the parents. Quite honestly, it is a prejudiced group in that there are many students who may not be academically gifted, but are gifted in other areas. Is there an arts honor society? Is an assembly held school wide to recognize arts achievements? what about sports achievements? One of the things I have stressed to my own children, kids in my school, and even educators i work with--we ALL bring gifts to the table.

As someone who attended this assembly and has mixed feelings I think some of the comments are very interesting. First, though it was not the principal who made that comment, but another person as well as I can remember. I too agree that maybe it is not the place to have assembly in school. I know when I was in high school the induction was held in the evening and the new inductees were introduced at the end of the year awards assembly. With that being said, should we then do away with that assembly because not all students are honored. I know it is difficult when you are not a student that is honored, but why should it be taken away from the students who truly deserve it. Also, so much is done at the school to help and encourage students that struggle that the students that excel are often forgotten. Do we then discontinue pep rallies because they focus on the students who are athletically inclined? It is a great topic of debate and I am not sure that I believe this assembly should be held during the day, but I do agree that the administrators should be cautious of their words.

Thank you for all your thoughtful comments. Rather than respond here, I've written a new posting, Applause, with my thoughts on the issue.