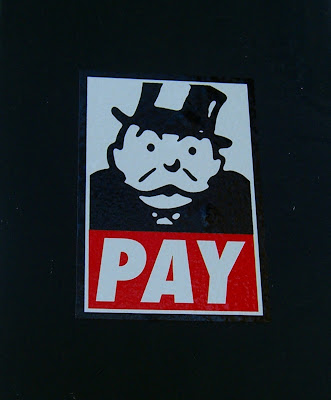 A cartoon in yesterday's daily paper caught my eye. It addressed the issue of student boredom, giving me an idea for a blog posting.

My text would be more derivative than transformative, so I decided to do the correct thing and file a request for reprint rights. 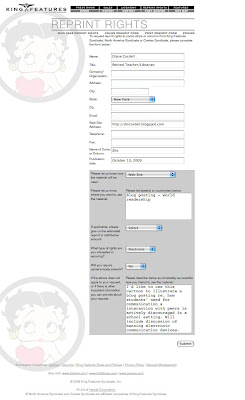 The following is the nitty gritty of the response I received from King Features: 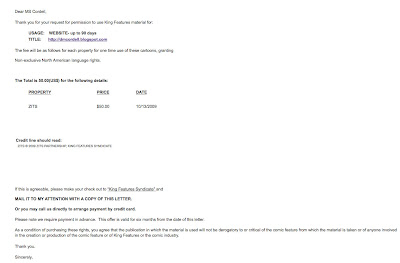 Since my husband is an artist, I could have asked him to draw a variation of the cartoon in question, but that would still involve appropriating someone else's original concept. I understand the company's concerns regarding commercial use of their product, but had hoped they would allow my use of this cartoon in an educational context, properly attributed, of course.

Attempting to secure permission to reprint was an interesting process, and I appreciate the prompt response I received. I love the comic strip, but not enough to pay for (limited) reproduction rights.

I enjoyed your post. It was a good reminder that just because something is accessible on the Internet it isn't necessarily available. I hear stories on occasion about teachers getting sued by Disney for using their characters in the classroom, but I never really thought about small media outlets like daily papers. Good heads up!

Although there is more flexibility than people realize in copyright, the key is whether or not the new work is a parody or transformative in nature.

Since I would have used the cartoon to illustrate a posting about the same subject matter, I felt that my work wouldn't be transformative.