The Currency of Democracy 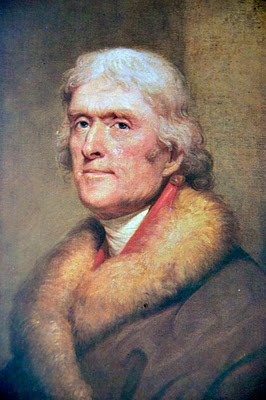 Today, April 13, is Thomas Jefferson's birthday. Jefferson was the third president of the United States and principal author of the Declaration of Independence.

He was also a passionate supporter of education and learning.

A lifelong reader and bibliophile, Thomas Jefferson assembled three different book collections in his lifetime. After the Library of Congress was almost totally destroyed in the War of 1812, Jefferson's personal library become the core of the new collection. Jefferson understood the necessity of having information available for researching inquiries made by members of Congress.

But Jefferson was much more than a bookish scholar.

His interests included horticulture, architecture, philosophy, archaeology and paleontology. He was instrumental in securing funding for the Lewis and Clark expedition and included artifacts from that journey in a museum located at Monticello. Jefferson invented improved versions of the plow and dumbwaiter, and came up with an original design for a macaroni machine (and the recipe for macaroni and cheese!).

Other innovations credited to his curious and fertile mind include the rollaway bed, a revolving bookstand, and the wheel cipher. Had he lived in our time, I'm sure that he would have reveled in digital technology, with all the opportunities for exploring and creating that it offers.

Jefferson is famous for declaring, "I cannot live without books!" He cautioned that “To penetrate and dissipate these clouds of darkness, the general mind must be strengthened by education”

I believe that Mr. Jefferson would have been a strong advocate for schools and libraries in this time of fiscal crisis. He understood that government should take care to "educate and inform the whole mass of the people...They are the only sure reliance for the preservation of our liberty." 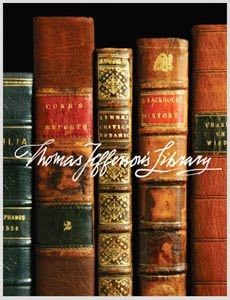 “Information is the currency of democracy.” -Thomas Jefferson

eToro is the ultimate forex trading platform for beginner and advanced traders.