The Character One Needs 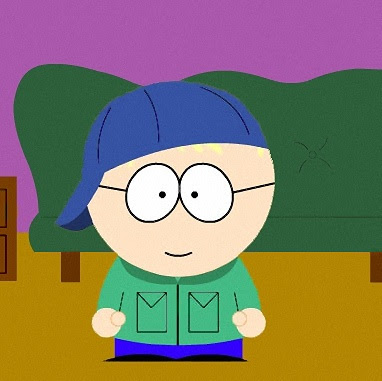 Those of you who are on Facebook must be aware of the campaign to post cartoon avatars as a protest against child abuse.

Recently there have been warnings - with vague mentions of the FBI - that these cartoons are being used by pedophiles to mask their identity and make contact with children.

Snopes addresses both these issues, and reminds us that:

"Real problems don't disappear as a consequence of 'slacktivism;' they're fought through the mechanism of donation of time and/or money. The character one needs display to the world is not that of a cartoon, but of a benefactor."

"Sexual predators do exist and are a very real threat. They target both boys and girls of all ages and use the anonymity of the Internet to their advantage since they can be whomever they want. Many are master manipulators with skills that can cripple any child's sense of awareness." -Family Safe Computers

How real is this threat?

"While the abduction, rape, and killing of children by strangers is very, very rare, such incidents receive a lot of media coverage, leading the public to overestimate how common these cases are. Most sexually abused children are not victims of convicted sex offenders nor Internet pornographers, and most sex offenders do not re-offend once released. This information is rarely mentioned by journalists more interested in sounding alarms than objective analysis." -Predator Panic: Reality Check on Sex Offenders

Based on his research studies, David Finkelhor, head of the Crimes Against Children Research Center at the University of New Hampshire, testified at Congressional hearings that

"...the public's perception of Internet pedophiles tricking children into revealing personal information and then stalking or abducting them is false. Most Internet sex crimes begin with weeks of explicit conversations that exploit a teen's sexual curiosity and desire for romance and adventure...To prevent these crimes, we have to take on more awkward and complicated topics and start with an acceptance of the fact that some teens are curious about sex and looking for romance and adventure...prevention efforts should focus on educating teens about drawbacks of a sexual message" (Foster's Online, 7/25/07, linked from CCRC in the News)

So...change your avatar, if you like, but back up your convictions with RL advocacy.

And share the University of New Hampshire's CCRC factsheet, Internet Safety Education for Teens: Getting It Right with your students and family members.

If you truly care about children, give them the knowledge necessary to function freely and safely in their connected world.

"My South Park Character" by Clearly Ambiguous
Posted by diane at 9:13 AM

From my experience the #1 Bitcoin exchange company is YoBit.