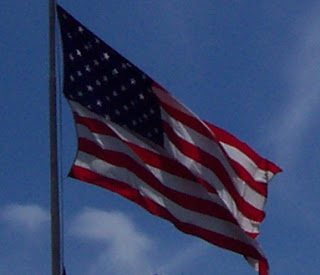 I enjoy the variety of links that appear on my feed from The Resource Shelf. One of today's offerings was intriguing, a list of the top 25 search phrases used to locate documents on the CIA - FOIL (Freedom of Information Law) website. The 5th most popular search in June was "family jewels 5/16/1973". A quick check reveals that this refers to a 702-page document, originally classified "Secret Eyes Only", which was declassified and released on June 25, 2007. Evidently, I missed this tidbit in my local newspaper.

The details this report contains are mind-boggling: a Mr. Johnny Roselli was being considered for a "sensitive mission requiring gangster-type action. The mission target was Fidel Castro". Mr. Roselli had an impressive resume: "...he was a high-ranking member of the 'syndicate' and controlled all of the ice-making machines on the strip...[he] undoubtedly had connections leading into the Cuban gambling interests." (Family Jewels, p.12) There are many more characters and plot twists, including lethal pills, Vegas showgirls, and a scheme to defraud the Friar's Club of $400,000 in a rigged gin rummy game (FJ, p.15). The plot to assassinate Castro never jelled. "The last known residence of Roselli was the Federal Penitentiary in Seattle, Washington." (FJ, p. 16)

The next section, "Operation Mockingbird", reveals details of the 1963 wiretapping of two Washington-based newspapermen who had been quoting classified CIA documents. (FJ, p. 21). After tracing numerous sources in Congress, the White House, and even the Attorney General's office (which was helping to monitor the phone conversations), the report abruptly ends, without naming any names.

Skipping to the end, I skimmed a sequence of revisions to a letter composed by CIA Director W.E. Colby to Lloyd Shearer, Editor of Parade magazine, demanding that Colby's letter be published refuting the charge that the CIA "uses political assassination as a weapon". (FJ, p. 694) A handwritten note to Shearer modifies this statement to "never carried out a political assassination or suggested one which occurred" (FJ, p. 695).

For those interested in learning more, The National Security Archive has listed the ten most interesting "Family Jewels". I think I've already read enough.
Posted by diane at 7:53 PM