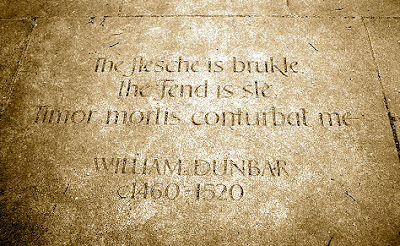 Timor mortis conturbat me is a Latin phrase commonly found in late medieval English poetry. It can be translated into a number of different ways, most literally as "fear of death confounds me". However, a better translation in the context of the poetic usage of the phrase is "fear of death upsets me". Another looser translation is "I am scared to death of dying". The phrase comes from a responsory of the medieval Office of the Dead, the third nocturn of Matins...Wikipedia

It was from a Twitter friend that I first learned about the Megan Meier tragedy. This young teenager took her own life after being the victim of cyber bullying on a MySpace account. The disparaging messages that led to Megan's suicide were actually written by adult neighbors monitoring their own daughter's online activities.

Megan Meier's parents thought they were adequately supervising her computer use. They knew about her social networking and had been told of the fictitious "Josh" who was messaging their daughter. When Megan began responding to unexpectedly cruel posts with vulgar language, her mother told insisted that she stop such "upsetting" behavior. Twenty minutes later, Megan Meier was dead by hanging.

Tomorrow in class I'll be sharing the story with my high school Current Events students and tackling the issue of cyber bullying. Perhaps I can get them to realize the seriousness of bullying, whether in person or online.

On a dark and cold November evening, my surroundings are as somber as my thoughts. Megan, requiescat in pace.


"The most painful death in all the world is the death of a child. When a child dies, when one child dies—not the 11 per 1,000 we talk about statistically, but the one that a mother held briefly in her arms—he leaves an empty place in a parent’s heart that will never heal." -Thomas H Kean, Governor of New Jersey

"A child miseducated is a child lost." -John F. Kennedy

Very touching and are you surprised i was touched and inspired to blog about this too, though not near as eloquently as you and doggone way too wordy. I pray for these families.

That community parents were the "bullies" is what shocks me most.

All other issues aside, the death of any child - and though they think they are mature, all our students are really still children - hurts me.

My son's best friend died in a car/bike accident, while a student in fifth grade, at about this time of year. I still can't imagine how his mother survived the agony of this loss.

But accidents, traumatic illness, are one thing. The loss of a child due to a "joke" or "hoax" is unspeakable.

Sometimes people don't believe me when I tell them about how much you can earn filling out paid surveys online...

So I show them a video of myself actually getting paid over $500 for filling paid surveys to set the record straight once and for all.