The Providence of Adventurers 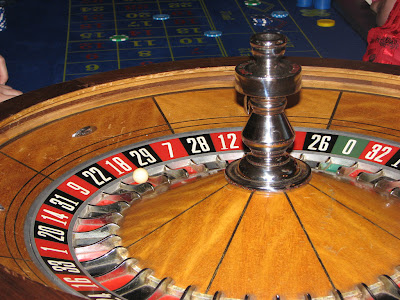 "Chance is the providence of adventurers." -Napoleon Bonaparte
An interesting link appeared in my Reader yesterday. It explained how sports fans can "purchase a contract associated with a specific team that translates into a ticket to a championship such as the Super Bowl or Final Four if that team reaches the game." The cost varies inversely with the previous success of the chosen franchise; if a long shot does well, the fan could end up with a desirable ticket at a rock-bottom price.

Suppose "education fans", perhaps large corporations, adopted this model, subsidizing students with less than stellar records, taking a chance that they might one day become productive employees. Scholarships and grants do this to some extent, but are less accessible to underachievers. The key ingredient would be desire, just as it is in sports: how much do you want to win, what are you willing to do to accomplish success.

The adventurers in this case would be both the investor, willing to take a risk, and the individual, willing to accept the challenge to perform.

Or, perhaps the analogy could be applied to schools themselves: would the district (the bettor) be willing to allow some freedom of choice regarding class structure, teaching methods, and professional development to the staff members (the competitor/athlete)? Not all teachers would accept or even desire such a choice, but for those who accepted the challenge to greatness...


"What kind of man would live where there is no daring? I don't believe in taking foolish chances but nothing can be accomplished without taking any chance at all." -Charles A. Lindbergh

"One chance is all you need." -Jesse Owens

"Roulette" by stoneflower
Posted by diane at 7:55 PM

This is an interesting analogy.

I just finished the movie The Emperor's Club, and it's about a great teacher who invested in a student, but was wrong about him. Later in the movie he realizes that though he failed that one student, he inspired the rest of the class to be lifelong learners.

I personally think that a teacher should never give up on a student, otherwise they might give up on themselves.

I totally agree that "a teacher should never give up on a student".

I'm constantly amazed at the turn-arounds I see, as students mature at their own pace and in their own way.

The adult I've become is nothing like the adolescent that I was.

If some of your teachers don't recognize your value, never doubt that it is there.