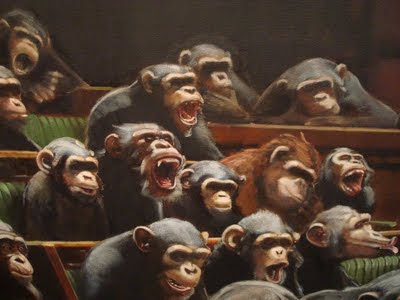 "Every Action done in Company, ought to be with Some Sign of Respect, to those that are Present." -George Washington, Rules of Civility & Decent Behavior


In my last posting, The Prevailing Common Sense of the Field, I addressed the topic of "tweckling," or heckling on a Twitter backchannel. I concluded with a question: "Are there 'rules' - should there be?"

Evidently the answer to my query is a definite "yes."

While I was visualizing bored captives of a Death by PowerPoint presentation trying to stay awake (and maybe extracting a measure of revenge by wandering far off topic via undercover conversations), a much different scenario was being played out in a very public venue.

Academic, researcher and blogger, danah boyd, was recently invited to speak at Web 2.o Expo in New York City. During Dr. boyd's discussion of social media, a pointless, inappropriate, even vicious stream of comments was projected on a screen positioned behind her back. When event personnel told her that the audience was initially upset because she was "talking too fast," boyd tried to adjust her presentation style, to no avail. The crowd responded with outbursts and laughter.

Dr. boyd later wrote in her blog, "when I walk off a stage not feeling invigorated, all I get is the raw drain, the gut-wrenching, nauseating feeling of pure misery. 20 minutes of being punched in the face, kicked in the stomach, and the shameful sensations one gets when one is forced to watch a Lars von Trier film. That's how I felt at Web2.0 Expo." 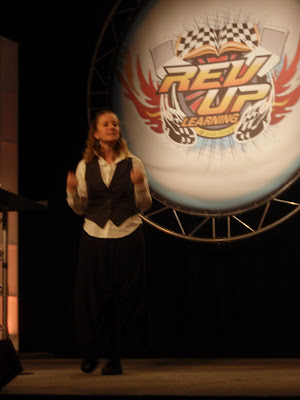 danah boyd gave one of the keynotes at AASL's Rev Up Learning conference in Charlotte, just a few weeks ago. She was a compelling and knowledgeable speaker. It's inconceivable to me that she would be unprofessional in any public speaking engagement. Unfortunately, the audience at Web 2.0 Expo was much less than professional in their response to Dr. boyd's perceived flaws.

We teach our students to be good digital citizens, we preach the evils of bullying, whether in real life or online. If professionals cannot model civility, then how do we expect children and teenagers to display it in their own lives?

There are many positive aspects to backchannel conversations, but there should be some ground rules. Chief among these is civility.


"In a time of social fragmentation, vulgarity becomes a way of life. To be shocking becomes more important—and often more profitable—than to be civil or creative or truly original." -Al Gore, politician and former U.S. vice president

"Civility" by divinenephron
Posted by diane at 6:43 PM