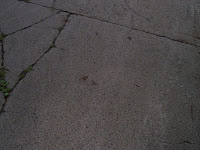 In his Eight Random Facts meme, Tim Stahmer tells us that "another of my dad’s relatives was Roman Hruska, who served as a senator from Nebraska. He was noted for defending a Nixon nominee to the Supreme Court who had been called a mediocre judge by declaring that the mediocre are 'entitled to a little representation, aren’t they?'. I’m so proud."

Intrigued, I followed the Wikipedia link to retrieve the entire quote:
"So what if he is mediocre? There are a lot of mediocre judges and people and lawyers. They are entitled to a little representation, aren't they? We can't have all Brandeises, Cardozos, and Frankfurters and stuff like that there."

None of us want to be regarded as "mediocre", even though one of the synonyms is "ordinary". "So-so" is yet more damning in its suggestion of lukewarm blandness.

But can everyone be like the inhabitants of Lake Wobegon, where "all the women are strong, all the men are good-looking, and all the children are above average"? John Cannell's "The Lake Wobegon Report: How Public Educators Cheat on Achievement Tests.", published in 1989, made public the statistically impossible finding that all states claimed average student test scores above the national norm. According to the entry on Word spy, "This effect is most often seen in educational test scores, where some teachers, schools, or school districts claim that all of their students score above average, a mathematical impossibility."

Is it possible for all students to be "above average"? NCLB is based on the belief that "high expectations and setting of goals will result in success for all worthy students". Success is one thing, but can everyone be "above average"? Is "superior" the new "average"?

"All human excellence is but comparative. There may be persons who excel us, as much as we fancy we excel the meanest." -Samuel Richardson (1689–1761), British novelist
Posted by diane at 8:31 PM

The current issue of Business Week focuses on "The Future of Work"
http://www.businessweek.com/magazine/toc/07_34/B40470734futurework.htm

In "Ten Years From Now", the magazine polled 2,000 U. S. executives and middle managers; "an impossible 90% of respondents believe they're in the top 10% of performers."

Then again, wouldn't it be nice if every student excelled in at least one class or sport? It's not a mathematical impossibility for every child to be above average AT SOMETHING. The mathematical imposibility is when there is only one metric with which we judge a population. Such a metric is a poor one by my lights.