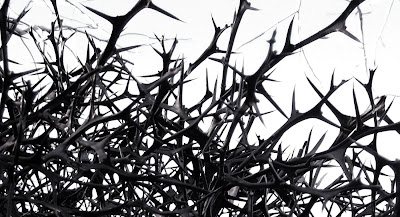 "If something bad can happen to even one child it shouldn’t be done" – paraphrased comment from meeting of a variety of DECS and AEU (Australian Education Union) representatives, Al Upton, and his Principal


In order to protect their beloved daughter, the King and Queen in "Sleeping Beauty" took the extraordinary step of banning spindles from their kingdom. Never having seen or handled such a tool, the young woman had no idea of either its utility or danger.

"The years went by, the little Princess grew and became the most beautiful girl in the whole kingdom. Her mother was always very careful to keep her away from spindles, but the Princess, on her sixteenth birthday, as she wandered through the castle, came int

o a room where an old servant was spinning.

"What are you doing?" she asked the servant.

"I'm spinning. Haven't you seen a spindle before?"

"No. Let me see it!" The servant handed the girl the spindle ... and she pricked herself with it and. with a sigh, dropped to the floor." - Charles Perault, La Belle au Bois dormant (The Sleeping Beauty in the Wood)

Sleep, ignorance, inexperience are no substitute for vigilance, knowledge, guided practice. Graham Wegner wonders about the nature of risks:

If one child could slip and possibly fall with injurious consequences, then there is risk. But the benefits of the playground far outweigh the negatives - the learning, the gaining of skills, the creation of games and the friendship of playing with your mates. And we are careful with the playground environment - no sharp edges, designs that cater for a variety of skill levels, soft fall on the ground, rules for safe play, teacher supervision - so that the risks are managed and lead to beneficial learning of physical skills.

Why would we treat the risks regarding, say, the use of blogs in the classroom any differently? Why do risks associated with technology seem to be so threatening that shutting down and banning is seen as the appropriate way to deal with it? And are those responsible for recommending or enforcing these methods really in touch with real or perceived risks?

Although both Al Upton and his Australian colleague, Sue Waters, stress that "They [Upton and his principal] are after constructive helpful comments and thoughts; and a balanced discussion of the issues," comments from the meeting seem to indicate that the miniLegends blog would have to be stripped of all interactive components to pass muster.

"Their key concerns are to make sure everyone is protected against all risks." Is such a thing possible?

The hedge of thorns that protected the sleeping princess will not spring up to shelter our students. The spindles in their world may not be as dangerous as the measures taken to ban them.

If schools are not allowed to teach children Internet safety and digital citizenship, how and when will they learn? 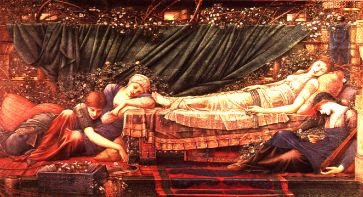 Let me illustrate how this thinking doesn't work with scary real life examples from my own lab...

The child welfare folks think this will keep kids from social networking/blogging/etc. and therefore safe.

Kids do not stay away from those places, and their parents even if they take extreme steps (like not having a computer in the house), can't keep them out of there, and they will go there. A recent search of My Space, led me to profiles for two of my 10-12 year old female students (one is listing herself as 18 years old, now that strikes me as dangerous, not working in an environment that is completely moderated by a responsible adult). I have 9 year olds ask me why they can't get on My Space in our lab. They ARE finding spindles all on their own.

This ruling lets them say, "Well WE (the State) aren't putting them in danger," which is really dangerous, pernicious, and you will excuse my language chicken shit (you can insert astrisks or edit as you see fit). Really, will they investigate parents who let their kids have access to My Space?

This week it was announced that "Australian authorities have welcomed new international guidelines for the safer use of social networking internet sites such as Facebook and MySpace.

The guidelines recommend that social networking profiles for users aged under 18 be made private by default."

Refer to the full article here.

@lisa: To continue your thought, Sex Education is mandatory, so why is blogging, of all things, a forbidden topic?

@a.mercer: Parents don't have the skills to adequately monitor their children online - nor do many teachers. We need to instruct students in how to self-monitor, keep themselves safe.

And their greatest immediate danger is from bullies, often local, rather than adult online predators.

@sue: What is happening in Australia? Your attitude towards technology used to be so much more advanced than that of the US. Now it seems like all interactive, connective, progressive usage is being shut down. There might be a ripple effect that will push all of us backwards just when we need to be moving forward.

How will our children learn to function in the 21st century without our guidance?

Unfortunately what we are seeing in Australia varies by State and Territory as each are governed by different Education Departments. What can I say it is concerning :(

I can understand replacing photos with avatars, but the decision to ban adult foreign educators as mentors just boggles my mind.

Do they think an American teacher from Maine or Georgia or wherever is going to somehow harm an Australian child? With moderated comments?

Are there any statistics available re. cyber bullying in your States and Territories? Even in my small district there have been cases reported and the problem is growing. THAT's what authorities should be concerned about. And that's what a good school safety curriculum might address.

What a great post and what a wonderful way to present your opinion which I so totally and wholeheartedly agree with. Thank you for sharing

You and your fellow Australians have been so innovative and connected that it came as a real shock to me when the miniLegends were shut down.

I had hoped that the US would follow in your footsteps. But it has become obvious that a national, even an international digital equity policy and digital citizenship curriculum are very much needed.

In a flat world, inequities are becoming increasingly obvious and unacceptable.

If you want your ex-girlfriend or ex-boyfriend to come crawling back to you on their knees (no matter why you broke up) you got to watch this video
right away...

(VIDEO) Win your ex back with TEXT messages?