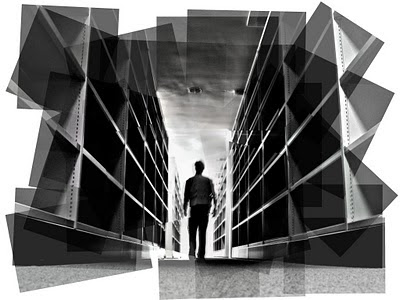 In The World Without Public Libraries, Andy Woodworth speculates about changes that might occur in our society if the public library became extinct.

But what if, instead of shutting down, libraries and the memory of libraries, vanished from our world, as if they had never been?

George Bailey was surprised to learn about all the lives he had touched, and the contributions he had made to his hometown, in the Christmas classic, It's a Wonderful Life.

How many lives does a library touch, and in how many different ways?

Libraries have traditionally been storehouses of knowledge and literature. As society has changed, libraries have expanded their services, evolving into information hubs and community centers, while still providing the recreational reading material, in a variety of formats, that patrons desire. As Andy points out, "The public library is in the life enrichment business."

What if all this were gone, had never existed? Would only the wealthy be literate? Would authors create, companies publish, bookstores survive, except as curiosities? Would people still be writing with quill and ink, scratching out texts on vellum or parchment for only a select few to read? Would the Internet have been invented?

What would the world be like without public libraries? I hope we never have to find out.

"The library is not a shrine for the worship of books. It is not a temple where library incense must be burned or where one's devotion to the bound book is expressed in ritual. A library, to modify the famous metaphor of Socrates, should be the delivery room for the birth of ideas - a place where history comes to life." - Norman Cousins