Getting the Lead Out? 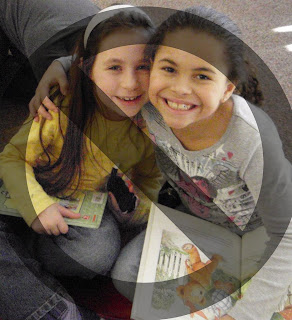 Last year, the U.S. Senate passed the Consumer Product Safety Improvement Act (CPSIA), in response to consumer panic over Chinese toys with lead paint. Harsh penalties for non-compliance are set to take effect on February 10, 2009, when it becomes unlawful to ship goods for sale that have not been tested.

As Walter Olson notes on Forbes.com,

"The law covers all products intended primarily for children under 12. That includes clothing, fabric and textile goods of all kinds: hats, shoes, diapers, hair bands, sports pennants, Scouting patches, local school-logo gear and so on.

And paper goods: books, flash cards, board games, baseball cards, kits for home schoolers, party supplies and the like. And sporting equipment, outdoor gear, bikes, backpacks and telescopes. And furnishings for kids' rooms."

Libraries, schools, and booksellers are pressing for an exemption for books. Emily Sheketoff, associate executive director of the American Library Association, says she believes libraries have two choices under the CPSIA:

“Either they take all the children’s books off the shelves,” she says, “or they ban children from the library.”

Etsy sellers are also concerned. My daughter-in-law, who sells handmade jewelry on the popular crafters' site, forwarded me several relevant links and has decided to handle the issue in this manner:

"I will just end up putting in my listings that they aren't to be sold/given to children under 12 because it certainly isn't worth it to me to get thousands of dollars worth of testing on each item that I make."

There could be repercussions in the antique trade and second-hand shops. Even garage sales might technically be in violation of the law.

Congress is to be commended for seeking to protect the nation's children. However, now that the immediate crisis is over, it's time to examine the Consumer Product Safety Improvement Act more closely and decide exactly how far we need to go to provide a reasonable measure of protection.

The ALA cautions, "Libraries now have a little room to breathe, but this announcement is not an end to this problem. Since we know children’s books are safe, libraries are still asking to be exempt from regulation under this law."

There has got to be a better way to go about this! I understand the serious effects that lead can have on young children, but to compromise their education and to take down so many small businesses in a time of economic crisis?!

Interesting that there's lots of discussion about this in the library world, but almost no comment among educators. What about all those classroom textbooks, flash-cards, etc?

I've added an update to the posting: the Consumer Product Safety Commission has delayed implementation of the Act for at least a year.

This doesn't mean an end to the problem, but it gives concerned parties more time to work for a modification of CPSIA.