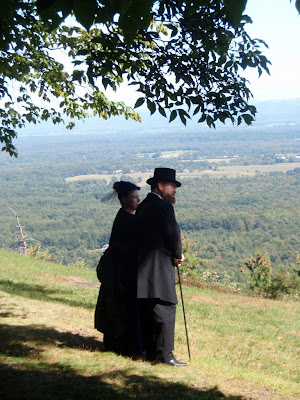 "Whenever he wanted company she [Julia] was part of it, and many hours in his last days were spent with her alone. Often they could be seen together when not a word was spoken, mere companionship satisfying them." -from “The Career of a Soldier,” a tribute to U.S. Grant published in the New York Times, 1885

Abraham Lincoln once said of his General-in-Chief, Ulysses S. Grant, "I can't spare this man--he fights."

President Theodore Roosevelt ranked Grant as one of the " three greatest men" in our country's history (along with Washington and Lincoln), describing him as "a plain, quiet man, not seeking for glory; but a man who, when aroused, was always in deadly earnest, and who never shrank from duty." 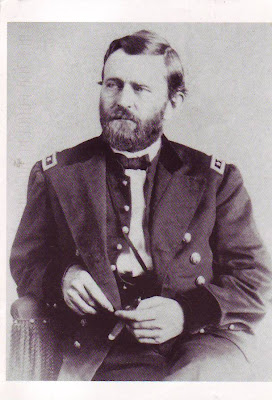 Grant won a war, won the presidency. But his last battle was against time.

The failure of his brokerage firm in May of 1884 left the General's family fortune in ruins. Then, in September of the same year, Grant was diagnosed with throat cancer.

Desperate to secure financial security for his beloved wife, the General began work on his memoirs. Weak and in constant pain, he somehow managed to continue writing. 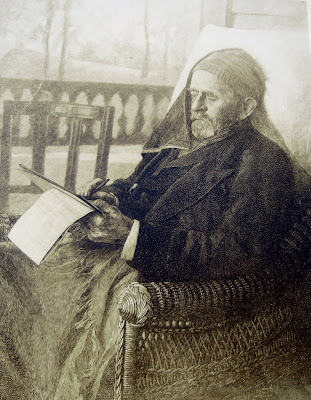 On July 19, 1885, Grant laid down his pencil, the manuscript completed. Four days later, on July 23, he died in the cottage at Mount McGregor.

As promised, close friend, Mark Twain published "The Personal Memoirs of U.S. Grant." The book became a best-seller, and earned a fortune in royalties for Julia Grant.

The struggle was over. Grant was victorious in his final, most difficult, fight.

"Ulysses S. Grant, twice President of the United States, the defender of the Union, the victorious leader of our soldiers and General on the retired list of the army, is dead. To the last he was the true soldier, strong in spirit, patient in suffering, brave in death. His warfare is ended." -reported by the Brooklyn Daily Eagle, July 23, 1885

See photos of Grant Cottage and actors portraying Ulysses Grant and Julia Dent Grant in this Flickr set.
Posted by diane at 4:13 PM