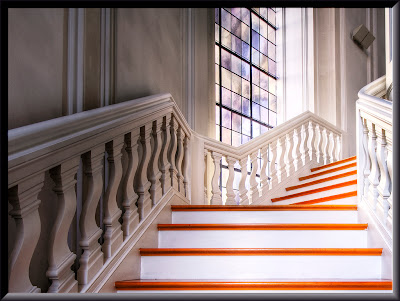 "Now, I return to this young fellow. And the communication I have got to make is, that he has great expectations." –Charles Dickens, Great Expectations

To our parents and grandparents, the American Dream meant that, through hard work and a good education, young people could match and exceed the success of previous generations. Effort, determination and a college degree were seen as the keys to prosperity in adult life.

In some respects, the American Dream seems to have shrunk to an American Illusion.

"more than two-thirds of students who were high school seniors in 2004 expected to complete a bachelor’s degree, and 35 percent planned to get a graduate or professional degree. But nearly two-thirds of the students who expected to get a four-year degree had not mastered intermediate level mathematics concepts as 12th graders, and nearly a third could not consistently solve simple problems based on low-level mathematical concepts."

In The Ambitious Generation: American's Teenagers, Motivated but Directionless, Schneider & Stevenson suggest that adolescents are extremely ambitious but "find it very difficult to fulfill their dreams." The authors believe one reason for this disconnect is that the transition to adulthood takes much longer, an "elongated transition" that postpones the onset of maturity, making decisions "overwhelming and less than meaningful" for high school students.


This is the illusion and the dilemma: students are desiring, expecting to be successful but are not emerging from formal schooling equipped with the skills to do so.


Arthus, in a posting on Students 2.0, flatly states that the current educational system is to blame, since

"every young child wants to grow up to be a successful citizen. Nobody is born hating learning—they grow to hate it through successively being treated as if they should hate it."

Rather than trying to "lock students into" learning, he wonders,

"What if ... schools taught students to make their own tools? If students are never taught to hate/fear learning, they will not shy away from learning opportunities."

"This made me reflect again on the current state of education: Why are we subjecting kids to an educational system that, for too many, dulls the senses, erodes natural curiosity, and forces kids to choose grades over learning, all in the quest for a high-paying job that will not necessarily make them happier or healthier? If someone wanted to create a system to reduce well-being for all, they need look no further than the current educational approach found in most schools."

Are student expectations unrealistic? Can the current educational system equip young people with critical skills necessary to be successful in our modern world? And what, after all, is success: how do we now define the American Dream?

"Stairway" by Wolfgang Stoudt
Posted by diane at 4:50 PM