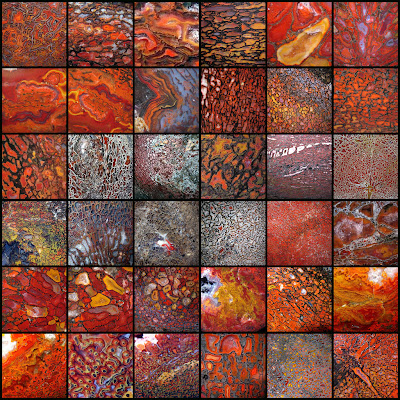 Photo mosaic by oldbones
“The dinosaurs disappeared because they could not adapt to their changing environment. We shall disappear if we cannot adapt to an environment that now contains spaceships, computers — and thermonuclear weapons.” –Arthur C. Clarke

“It might be said that the human race is incapable of withstanding the drastic changes that are taking place in today’s world. For those changes have been so terrible, so far-reaching and, above all, so swift that they make those that caused the disappearance of the dinosaurs pale into insignificance. Man has not had time to adopt to the sudden and powerful changes that his technology and society have produced around him, and it might safely be said that many of today’s illnesses are the means used by the cosmos to eliminate this proud human race. Man is the only animal to have created his own environment. Ironically, he is also the only one to have thus created his own means of self-destruction.” -Ernesto Sábato

“What if...
You opened a book
About dinosaurs
And one stumbled out
And another and another
And more and more pour
Until the whole place
Is bumbling and rumbling
And groaning and moaning
And snoring and roaring
And dinosauring?

What if...
You tried to push them
Back inside
But, they kept tromping
Off the pages instead?
Would you close the covers?”
-Isabel Joshlin Glaser

"He who refuses to learn deserves extinction." -Rabbi Hillel

Love the image of the agatized dino bone and the quotes. I especially like the poem about the dinosaur book. Beautiful!

Inspired by the images, I set off in search of dinosaur quotes.

When I found some that had both a dinosaur and technology component, I decided to step back and let others "speak" for me.

So my guest bloggers span time and space - how appropriate!